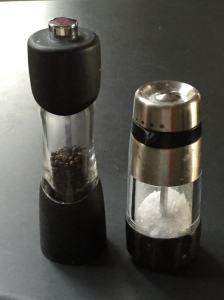 Engineers will tell you, “if it ain’t broke don’t fix it.” Wise advice.

You invent something to do a particular job and if it works well then stick with it. Of course, you can make improvements. Cars are definitely better with modern brakes and power steering, though I’m not sure about electronic handbrakes. New jobs and problems demand new inventions and new solutions. On no account be tempted to tinker with the original. In this multitasking world people have also invented multitasking appliances. But have you noticed, such things are rarely satisfactory. For example, combined salt and pepper pots never work as well as the individual salt shaker and pepper grinder.

I’ve no idea who invented marriage. Many thousands of years ago; certainly, before the geniuses who wrote Genesis described the union of Adam and Eve. Early couples faced a problem, which was how to nurture and bring to maturity those little creatures that they kept creating. The best way to achieve this was to commit themselves to a secure partnership, which would last through two or three generations. That model of family life may be thousands of years old but it still works. So don’t fix it!

Okay! I know it’s an ideal and many of us don’t manage it. But it is still a proven fact that children brought up by two heterosexual parents in a stable long-term committed relationship are given the best possible start in life. I know there are many children who are extremely successful although brought up by a single parent; similarly, other children thrive although they have a multiplicity of parents and a plethora of half and step siblings. Nevertheless numerous careful studies tell us that the old-fashioned nuclear family of mother and father and child or children works best for all concerned.

“Therefore a man shall leave his father and his mother and hold fast to his wife, and the two shall become one flesh.” Matt 19:5

A man and a woman can become one flesh because they fit. Turkey bastingin not an alternative. 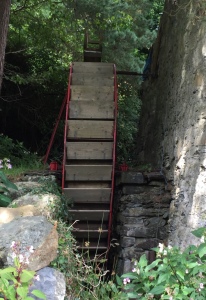