I always seem to be ranting on about Sex on this blog, along with Marriage, which in my opinion, go together like a horse and carriage. Marriage between a man and a woman, preferably for life, for their mutual benefit, and particularly for the inestimable benefit of any children they may have. I only rant about same sex marriage in church because, although it is the law of the land, I believe it is not according to the law of God. What’s more, it is still not the law of the Anglican church and I don’t like hypocrisy, although bishops seem not to mind.

What I do object to are the strident demands, the claims of victimhood, the posturing, the shrieks of “hate crime” and the manipulation by the 2% of the population who march under the LGBTQUIA+ banner. Most of all I am genuinely frightened by the effect this is having on innocent children.

This photo, from my blog of 24 September 2016 shows Diane, on the left holding the baby which she fathered. On the right is the baby’s mother,
Fernando.  I wouldn’t want to try and explain that situation to my granddaughters.

My two granddaughters, aged six and four, now live with me. They are amazing chatterboxes. Every afternoon I hear the details of their day; what they did, what they learned, what Mrs This and Miss That told them, who they played with, what they talked about. It all comes tumbling out and I do  my best to make sense of all the gabble. Only once was there any discussion about boys and girls. The four year old complained that a boy in her class keeps kissing the girls.

“What for?” asked her sister.

“He says he loves them.”

They obviously know some of the basic facts of life. When I mentioned a particular incident to the four year old she informed me that she hadn’t been there; she was still in Mummy’s tummy at the time.

I’ve always believed that you should answer children’s questions truthfully, but only by giving them as much detail as they need or can cope with. Can you imagine the pit into which you will quickly descend if you try to explain transgenderism to a normal 5 year old?

What on earth are they supposed to learn from a group of cross dressers imported into schools to read them stories. 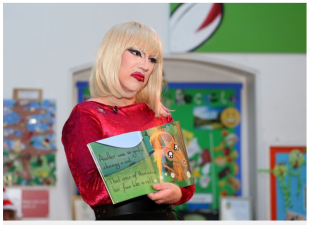 I adored pantomimes as a child and had no trouble at all with the Dame being a man and the Principal Boy being a woman but that has nothing to do with transgenderism. 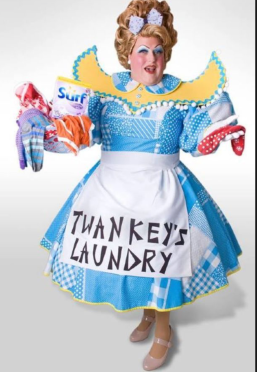 Don’t tell me all this clamour is in the interests of tolerance.

Of course, children must learn tolerance and the sooner the better, given the attitudes of the adult population, but let’s get this business of tolerance in proportion. LGBT+s form a mere 2% of the population.

Nine million people in Britain, (19%) are deaf or very hard of hearing. I know from personal experience how much tolerance is needed coping with those. I grew up with a deaf father and am now deaf myself.

There are 11,000,000 people in the UK living with a disability. How much tolerance do we show to them? Well over half of us (60%) admit to avoiding the disabled because we don’t know how to behave around them. Every day, in Britain, 180 disability hate crimes are reported and hate crimes against disabled children are up by 150% in the last two years.

Don’t those figures put the LGBT’s sufferings into perspective. They certainly reveal a desperate need for far more tolerance.