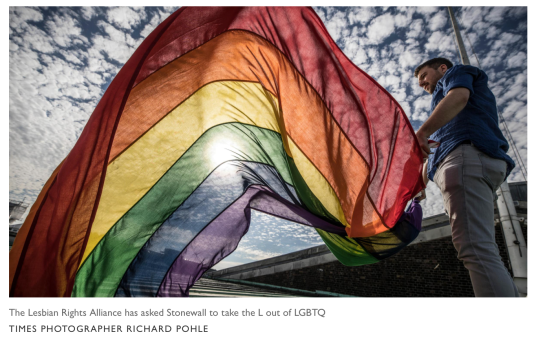 I’ve always been grateful to God for giving me a sense of humour. It has been my salvation so many times. Recently, I have begun to appreciate even more my sense of the absurd. In fact, I am coming to the conclusion that it is through a sense of the absurd that God is going to show us the dire straits we’ve got ourselves into. Some people have made the fatal error of taking themselves and their perceived needs too seriously. What is worse, they have done infinite damage by convincing those in places of power and influence that they must also have due respect for all this nonsense.

Remember when the Archbishop of Canterbury, no less, stood up and assured us that any sort of coupling, between any sort of gender, to create any sort of “family” unit, was as good as any other because that was the way the world is now. Untold studies and statistics have proved that children brought up by a man married to a woman in a long term relationship do better than any other arrangement. That is just a simple truth but very few people thought the Archbishop was being absurd.

Here are two pieces of news that have helped to convince me of God’s sense of the absurd.

Stonewall, the gay rights organisation, explain why they exist.

“We’re here to let all lesbian, gay, bi and trans people, here and abroad, know they’re not alone. We believe we’re stronger united, so we partner with organisations that help us create real change for the better. We have laid deep foundations across Britain – in some of our greatest institutions – so our communities can continue to find ways to flourish, and individuals can reach their full potential. We’re here to support those who can’t yet be themselves.”

Unfortunately, yesterday’s Times explained how the organisation has managed to upset the Lesbians.

Well, it is absurd. But there’s so much that’s absurd about LGBTQAI brigade statements. Those 7 letters could have another 64 initials added to them to include the 71 different genders that are supposed to exist at the moment. Once one gender, such as the Lesbians, break away that will be the start of chaos. I foresee a time when there will  be a ‘Pride’ march every week to cater for every category. There’ll be a Bi-gender march, not to be confused with the Non-Binary march, and a Trans-sexual female march which is not the same as a Trans-gender female march. In addition, Agenders, and Androgynes appear to be quite separate from the Androgynous, to say nothing of the Two-spirits or the simply Other.

What worries me is that this nonsense isn’t limited to the 2% of the population who claim to belong to one or other of the 71 different genders. If you don’t believe me look at this from yesterday’s Guardian. Even the most respectable and dignified of organisations can’t seem to see the absurdity of what they are doing.

‘“A Freemason who after initiation ceases to be a man does not cease to be a Freemason,” says new guidance issued by the Freemasons’ governing body, the United Grand Lodge of England. Those who have transitioned from female to male can also apply, the guidance makes clear.’

How can any journalist write that and not question the logic? Why would anyone who had loaded his body with hormones and had his penis chopped off, in order to become a woman want to join a men only organisation. Doesn’t that strike you as really, truly mad?